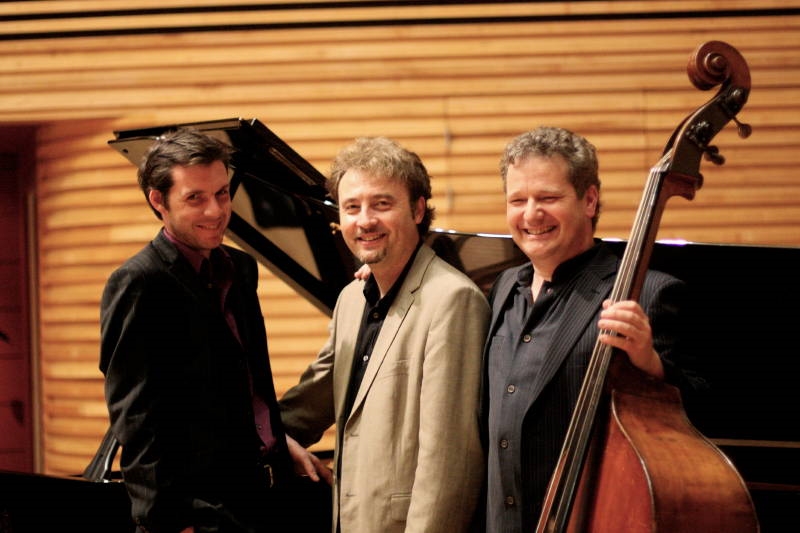 Acoustic Triangle, the award-winning jazz trio, celebrated its twentieth anniversary last year but lockdown delayed the tour which now will take place this Autumn. They have become one of the most original and respected British ensembles, having recorded four albums and performed in major concert venues and festivals all over the world – always without amplification. The group is widely acknowledged for its ground-breaking site-specific work, particularly in sacred buildings, and has performed in most of Britain’s ancient Cathedrals.

Acoustic Triangle’s music contains a wide variety of influences – from ancient themes and folk styles through impressionism and the jazz era to the avant-garde. Much of the group’s repertoire is specially composed by Tim Garland and Gwilym Simcock, but also includes music by Kenny Wheeler, John Taylor, Bill Evans, Olivier Messiaen and Maurice Ravel.