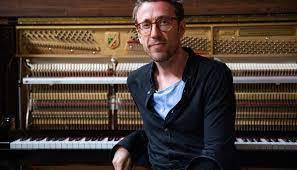 Bill Laurance is a London-based, multi-GRAMMY award-winning pianist, composer and arranger, whose rise to fame with the renowned outfit Snarky Puppy has paved the way for a flourishing solo career.

Following four acclaimed albums as a bandleader and his numerous collaborative and session appearances, Bill Laurance’s creatively motivated move into solo performance is one of several developments in his career. He has also established his own record label –  Flint Music –  and created music for film, notably the feature documentary Remember My Name and a film score for Un Traductor, both receiving nominations at Sundance Film Festival 2017 and 2018 respectively. His four solo albums draw inspiration from the people and places he has encountered, distilling them into powerful musical portraits.

Mike Flynn in Jazzwise Magazine  described Cables (2019) as ‘heartfelt and complex, sophisticated and soulful, menacing and mesmerising, Cables is as reflective as it is exhilarating’.