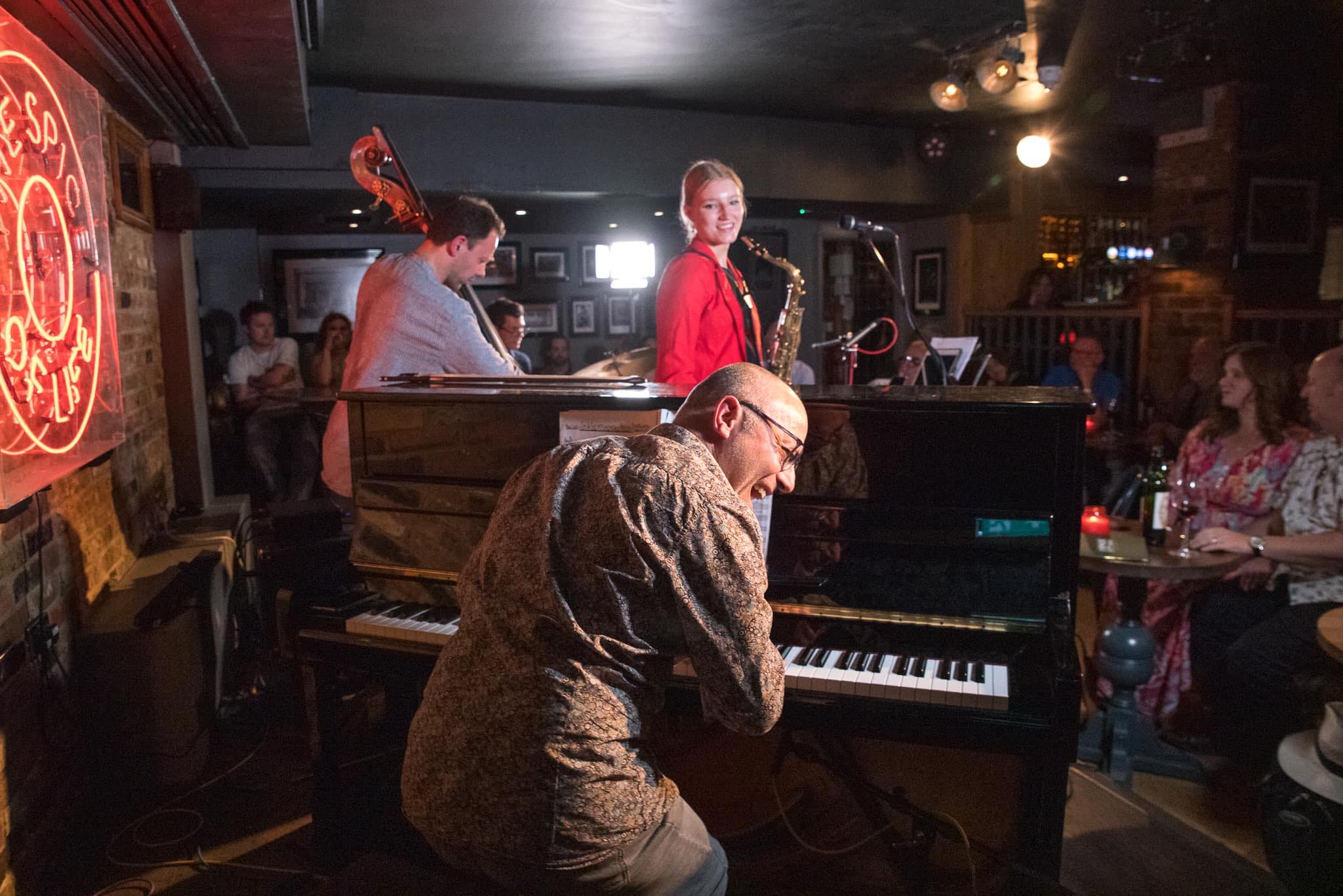 He is an accomplished, classically-trained Jazz pianist who grew up in Umbria in Italy, and moved permanently to the UK in 2012 to pursue his musical career. With a naturally distinctive and seemingly effortless skill as a composer he has earned a reputation as a class act on the British club and festival circuits.

Emma Rawicz is a multi-award winning saxophonist and composer, already making waves on the UK music scene. She has been described as “An astonishing new talent” (Jamie Cullum – BBC Radio 2), ‘a force to be reckoned with’ (Jazzwise) and ‘a fast-rising star’ (London Jazz News).   At the age of 20 she has already recorded and released an eagerly awaited debut album ‘Incantation’ featuring Ant Law, made up entirely of her original compositions.  Emma’s second album was recorded in summer 2022 and features an all-star band of Ivo Neame, Ant Law, Conor Chaplin and Asaf Sirkis.

Emma is winner of ‘Best Newcomer’ at the 2022 Parliamentary Jazz Awards and a finalist in the BBC Young Jazz Musician of the Year 2022.