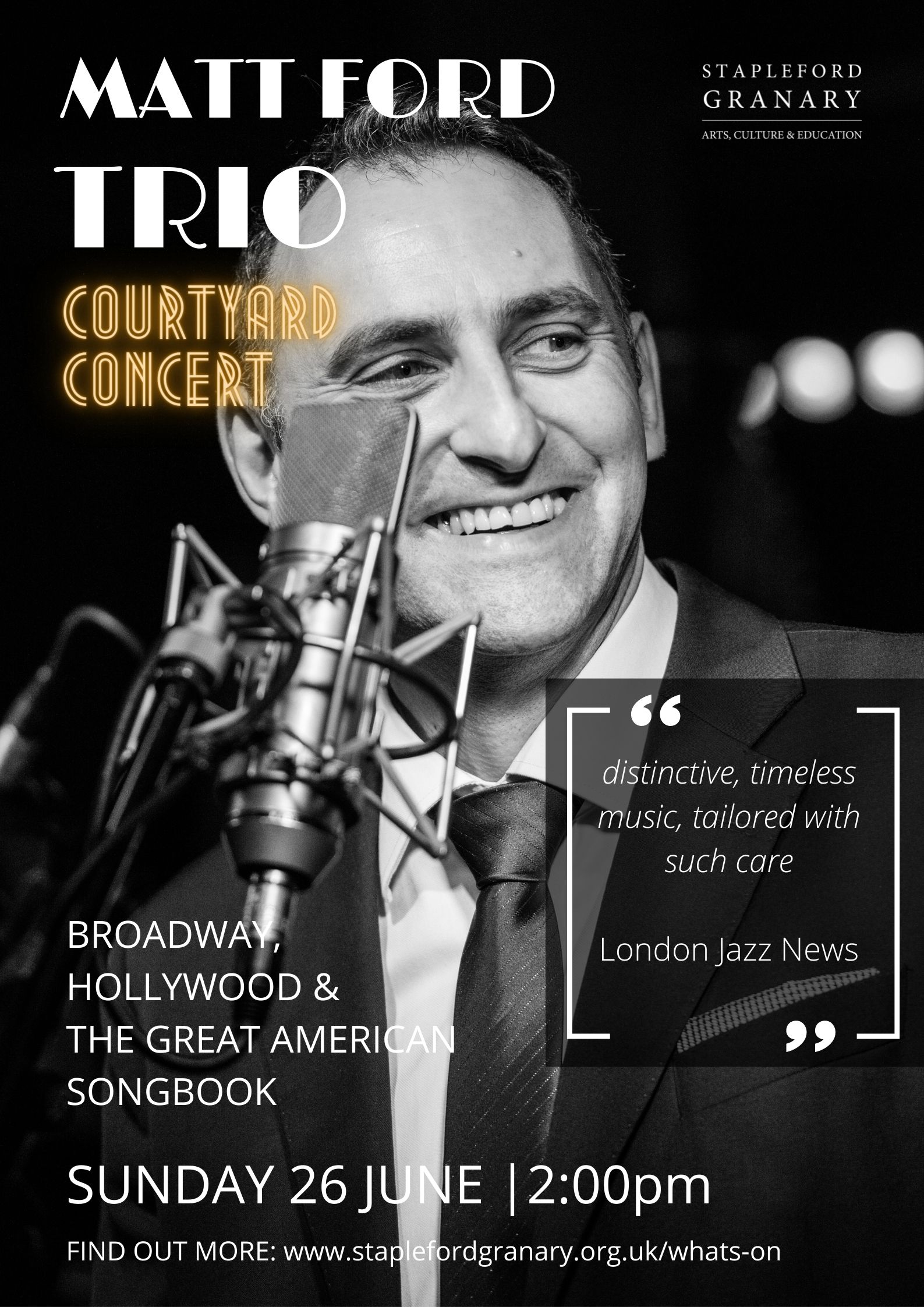 Matt Ford is widely regarded as the finest big band singer in the UK, performing for 5 years with the multi award-winning Syd Lawrence Orchestra. In 2006 Matt was voted ‘Best UK Male Big Band Vocalist’ and nominated alongside Jamie Cullum in the inaugural Ronnie Scott’s Jazz Awards (Best UK Male Vocalist category).  As a soloist he makes frequent appearances with the John Wilson Orchestra, the RTÉ and BBC Concert Orchestras, and has also worked with Royal Northern Sinfonia, City of Birmingham Symphony, Royal Liverpool Philharmonic, Royal Philharmonic Orchestras. He has regularly performed at the BBC Proms with live broadcasts on BBC television and Radio 3.

Matt Ford is joined by Matt Regan and Joe Pettit for an afternoon of standards taken from Broadway, Hollywood & The Great American Songbook including S’wonderful, I Got Rhythm, Steppin’ Out With My Baby, The Days Of Wine And Roses, Get Me To The Church On Time, Young at Heart and many more…